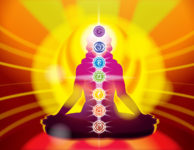 Reiki is now being practiced in several hospitals in the US

Reiki is a simple hands-on healing modality that is becoming very popular in the world. Increasingly, reiki is getting more attention from medical practitioners and several hospitals in the US have now incorporated reiki in their programs.

The term reiki is a combination of two Japanese words: rei, which means “spiritually guided” and ki, which is the Japanese word for “energy.” Reiki was re-introduced to the world by the Japanese spiritual seeker Mikao Usui in the late 1800s after a lengthy period of fasting and meditation.

Reiki is one of the most simple hands-on healing modality in the world and is also one of the most effective. No wonder then, that doctors and nurses are now beginning to study and use reiki to help patients heal faster.

One of the first to include a reiki practitioner in his department at The Columbia Presbyterian Medical Centre in New York City was Dr. Mehmet Oz.. Dr. Mehmet Oz is one of the leading cardiovascular surgeons in the United States. The New York Times Magazine reported that Dr. Oz has allowed the use of reiki during open heart surgeries and heart transplant operations. Says Dr. Oz: “Reiki has become a sought-after healing art among patients and mainstream medical professionals.”

Two other hospitals in New York, namely Manhattan Eye, Ear and Throat Hospital and Memorial Sloane Kettering Hospital have also embraced reiki. Marilyn Vega is a nurse who has given reiki sessions to patients in both hospitals. “Reiki sessions cause patients to heal faster with less pain,” says Vega.

Several other hospitals across the US have included reiki in their roster of patient services.

Since 1998, the Columbia/HCA Portsmouth Regional Hospital in Portsmouth, New Hampshire has been giving their surgical patients the option of 15 min pre- and post- surgery reiki treatments. As a result of this, there has been less use of pain medication, shorter length of stay in the hospital and an increase in patient satisfaction.

In the Reiki Clinic at Tucson Medical Center in Arizona, a team of Reiki practitioners give reiki to patients. Reiki was first offered to patients in the Cancer Care Unit but has since expanded to other units after it had been proven that pain, chronic conditions, and post operative surgery conditions all responded well to reiki.

One of the largest hospitals in northern California is the California Pacific Medical Center and here, Dr. Mike Cantwell, a pediatrician specializing in infectious diseases, provides one to three hour-long reiki sessions. When asked how reiki helps his patients Cantwell said, “I have found reiki to be useful in the treatment of acute illnesses such as musculoskeletal injury, pain, headache, acute infections and asthma. Reiki is also useful for patients with chronic illnesses especially those associated with chronic pain.”

Dr. Nancy Eos of the University of Michigan Medical School is one of the increasing number of doctors who incorporates reiki in their medical practice. “I can’t imagine practicing medicine without Reiki,” Eos says. “With Reiki all I have to do is touch a person. Things happen that don’t usually happen. Pain lessens in intensity. Rashes fade. Wheezing gives way to breathing clearly. Angry people begin to joke with me.”

Reiki practitioners are also becoming mainstays in delivery rooms in hospitals where reiki is given to mothers and babies to help alleviate the trauma of the birthing process. Tests conducted at Hartford Hospital in Hartford, Connecticut show that Reiki used during pregnancy reduced anxiety by 94 percent, nausea by 80 percent, pain by 78 percent and improved sleep by 86 percent.

Ironically, Reiki still has to gain a modicum of acceptance in the East, where it originated. Reiki flourished in Japan because the Meiji emperor supported Usui’s efforts to teach and give reiki, and the older people of his generation welcomed the return to spirituality. Since his death, however, reiki has not been incorporated into the Japanese healthcare system and continues to remain largely in the shadows of modern medicine.