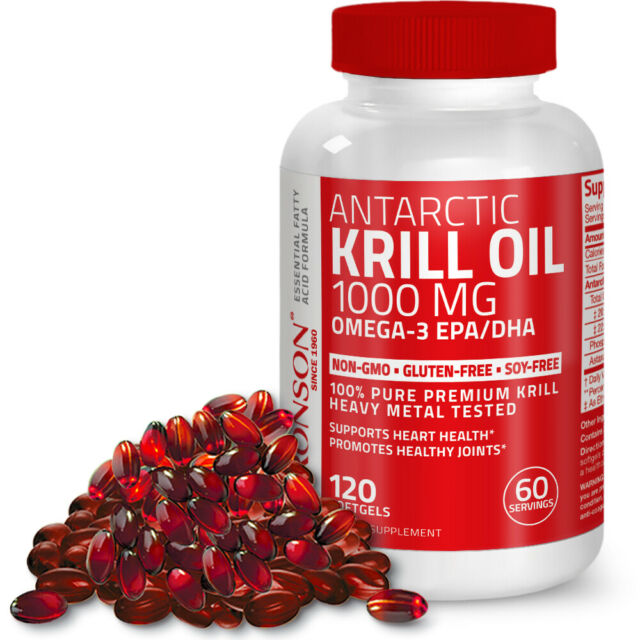 Krill Oil. What the heck is a krill, you might ask? It is a tiny shrimp-like animal that lives with billions of friends and relatives in the Antarctic Sea. It contains omega-3 fatty acids like other fish used in fish oils. However, the makers of krill oil pills claim their products are far superior to fish oil because they can do the following:

Sounds great! But how true? According to Arthur Agaston, MD, preventive cardiologist and professor of medicine at the University of Miami, krill oil looks promising. In studies on heart health, it lowered total cholesterol, LDL (the bad cholesterol) and triglycerides better than a dose of fish oil three times greater. Also, its anti-inflammatory potential appears to be better. Dr. Agaston says that you should use the Antarctic krill oil, not krill found anywhere else, because it is not as potent.

Other studies, noted by Dr. Ira Ockene, cardiologist and professor of medicine at the University of Massachusetts, also show promise.

Dr. Ockene says these results are interesting but need more confirmation. For example, an Italian study of fish oils involved 11,000 people who were followed for 3 1/2 years and showed a 45% drop in mortality from sudden death. The krill studies have involved only small numbers of subjects (30 in the blood lipids study). Much larger numbers of people and longer periods of study are needed for scientific conclusions to be valid.

Krill oil is also used by some health professionals to help patients with depression, stroke, and high blood pressure, in similar ways as fish oil. It can also decrease swelling and make platelets less sticky, which would help prevent clots.

It is safe for most adults. According to WebMd, side effects are bad breath, heartburn, fishy taste, upset stomach, nausea, and loose stools. It shouldn’t be taken by pregnant or nursing mothers, due to lack of research in this area. People with seafood allergies should avoid it. Because of its blood-thinning nature, it should not be used with medications that thin the blood, such as aspirin, Coumadin, Plavix, ibuprofen, or naproxen.

So far, there is not enough research to recommend dosages, and more studies are needed to substantiate claims made by manufacturers. Needless to say, a claim like “the best thing you can do for your body and brain,” as above, is impossible to substantiate, and the other claims need much investigation before anyone takes them seriously. Remember, in the United States, supplement makers can put just about anything they want on their labels. No proof needed. Let’s hope krill oil can live up to the claims.